Whether it’s called the Industrial Internet of Things (IIoT) or Industry 4.0, the sensing, communication and analysis of data aimed at improving processes and outcomes is transforming the manufacturing, transportation, fleet management, mining and agriculture industries.

While much of the attention has been placed on acquiring as much raw data as possible, then analysing it and presenting it to key decision makers, there is an increasing focus on the location and time. This shift in emphasis toward more ‘context rich’ data presents exciting opportunities for application developers and system designers in IoT application arenas.

For example, instead of simply detecting a dangerous bump or pothole in the road using tyre pressure or suspension monitoring sensors, the data can be combined and communicated with precise location data so other trucks in a fleet can avoid that spot and avert fleet-wide damage. 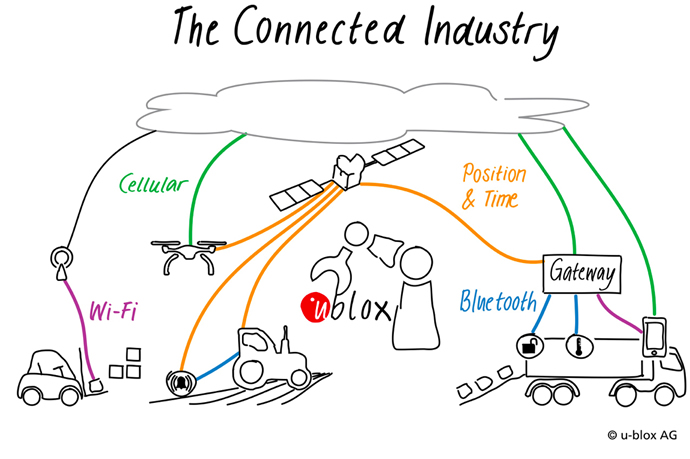 Figure 1 – the connected industry spans many critical areas, all of which stand to benefit from deeper, contextual data derived from accurate determination of location and time

Already many aspects of a fleet’s vehicles are being monitored using electronic logging devices (ELDs). Parameters of importance include mileage, location, stops, engine usage and hours of service. With pressure, gas and temperature sensors being integrated into tyres and engine control units (ECUs) to track variables such as vibration, humidity and exhaust gases, the overall health of a vehicle can now be monitored in real time, enabling predictive maintenance rather than catastrophic failure. The key difference now is the need to track that vehicle using precise location technology combined with secure data communication.

In agriculture, the industrial IoT can help secure global food supply. With an expected 9.1 billion global inhabitants by 2050, using connected sensors to track temperature, soil conditions, sunlight and humidity, can provide the data needed to ensure optimal use of land. Accurate location services and timely information communication can then guide harvesters to ensure those crops are harvested quickly and efficiently at the optimum time.

Realising the potential of data
Of course, the potential of all this is lost if the data, time and location are inaccurate or haven’t been communicated due to poorly implemented, unreliable, high latency or insecure systems. Inaccuracy and a latency of 150ms or more may be tolerable for consumer gadgets and in home networks, but for industry, maximum performance, ruggedness, security and reliability are critical.

This need for accuracy has driven various standards bodies and innovators to re-examine how global navigation satellite services (GNSSs) like GPS, BeiDou and GLONASS, and short range wireless and cellular technologies can be used together to provide the most accurate time and position information possible. 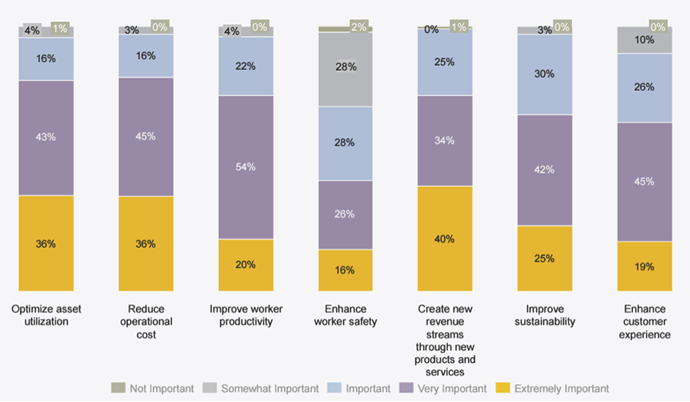 Figure 2. Reduced operational costs, improved productivity and the potential for new revenue streams, are but three of the many reasons the Industrial IoT (IIoT) has fired the imagination of designers and businesses alike

Techniques such as angle-of-arrival (AoA) and angle-of-departure (AoD) analysis on Bluetooth signals, and time-of-flight analysis and fingerprinting of WiFi networks using access point signals, are currently in the works, while ultrawideband (UWB) signalling is regaining traction for location determination.

Cellular is going through its own diversification. Until recently the focus was on higher data rates to address the needs of multi-media applications but now there is an emphasis on Narrowband-IoT (NB-IoT) to enable indoor and outdoor, low power sensor communications in licensed bands.

Research firm MarketandMarkets predicts the Industrial Internet of Things (IIoT) market will grow at a compound annual growth rate (CAGR) of 8.03% between 2015 and 2020, at which point it will be worth $151bn.
While the report points to advances in semiconductors, cloud computing, the standardisation of IPv6 and global governmental support as being key drivers, these are more accurately described as enabling factors. The real driver is manufacturing, which the report shows has the largest share of the IIoT market. 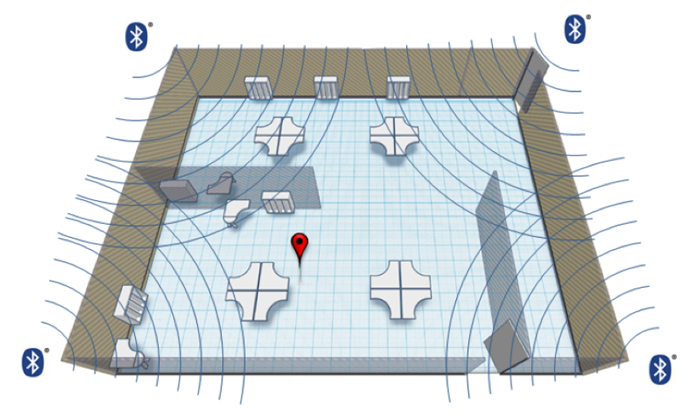 Figure 3 – Bluetooth iBeacons rely upon the relative strength of RF signals to determine position, so are not as accurate as time-of-flight (ToF) methods which are not as subject to signal absorption and RF propagation issues

Areas that will be prime beneficiaries of the smart factory include product lifecycle management, electronics, materials and mining, field instruments and machine vision.

According to the report, for most incumbent manufacturers, energy companies and agricultural producers, the initial business case to justify the adoption of IoT has to do with the savings and improvements already outlined, along with potentially driving new revenue streams and enhancing worker productivity and working conditions. In particular, it cites the use of UAVs to inspect pipelines, as well as minimising worker exposure to hazardous environments.

Enabling the ‘where and when’ of IoT
For designers of IoT devices that will be communicating over a range of about 100m, the options are many and somewhat confusing. There’s Bluetooth IEEE 802.15.4 (ZigBee, Thread and others), Z-Wave, plus WiFi in all its flavours.

Sorting through them becomes even more interesting as they each expand their capabilities with respect to range, mesh networking capability, native Internet Protocol (IP) support, data throughput and power consumption.

For example, the Bluetooth SIG plans to extend Bluetooth’s minimum range from 10 to 40m for a Class 2 radio. It also plans to add mesh functionality to Bluetooth low energy while doubling its data rate and lowering its latency. For industrial applications, latencies in the range of ten milliseconds are critical to ensuring industrial IoT systems and devices can react in a timely and fail safe manner to any anomaly. 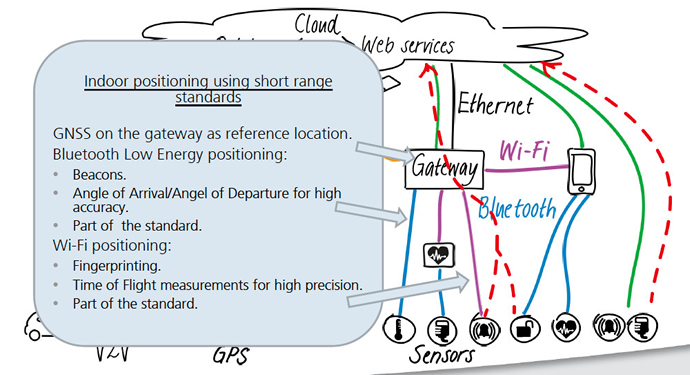 Figure 4 – to add the ‘where’, a GNSS enabled gateway can be augmented by short range wireless technologies employing angle-of-arrival, angle-of-departure, RF fingerprinting and time-of-flight analysis

However, an area of focus is on location capability, along with other contextual data. Many Bluetooth radios already have a temperature sensor built into them, so that’s a good starting point. For location alerts, iBeacons, introduced by Apple in 2013, have become popular but are not terribly accurate, having difficulty resolving ranges of under one metre (Figure 3.) The primary profile used here, the proximity profile (PXP), uses the received signal strength indicator (RSSI) to determine range, but given the interference and absorption vagaries of any given environment, RSSI can be misleading, and only gets worse as distance increases.

For truly accurate positioning, down to the centimetre, calculations based on angle-of-arrival (AoA) and angle-of-departure (AoD) are all well studied and have been proven to be effective (Figure 4.)

For example, ToF over WiFi, which measures how long it takes a packet to get from a transmitter to a receiver, has been shown to be accurate to under 30cm.

Designers can combine this data with accurate time stamping from GPS enabled gateways (Figure 5.), which don’t have to be expensive dedicated devices – a smartphone has the capability to provide that information and connect the data to the cloud using any of its multiple wireless – or even wired – interfaces. 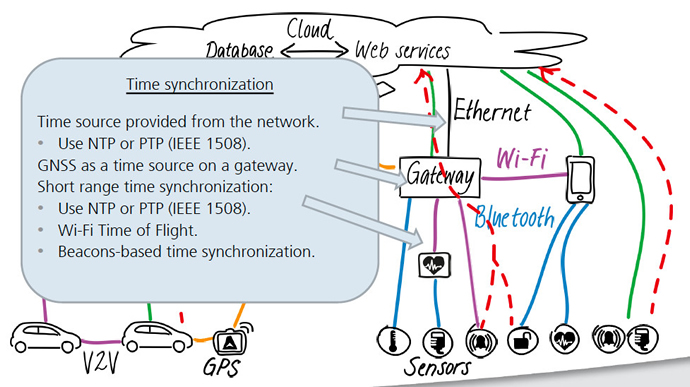 Figure 5. To get the ‘when’, GNSS-based time stamping can be used to get accuracy in the nanosecond region. Other techniques include PTP, NTP and even time- of-flight

For applications such as vehicle-to-infrastructure (V2I), vehicle-to-vehicle (V2V) or vehicle-to-everything (V2X), it’s also important to seek the lowest communications latency, hence the move to radios based on IEEE 802.11p in the 5.9-GHz band, with a 10MHz channel and suitable protocols, ensures signal delays are kept in the sub-50ms range.

While the options for short range indoor wireless connectivity for industrial applications have traditionally been many and varied, that hasn’t been the case for cellular, especially at the ultra-low power levels required for IoT. The emergence of LoRa over the past year has been interesting but equally interesting is the new Narrowband-IoT (NB-IoT) standard, which is being developed by the 3GPP body for operation in the licensed GSM and LTE bands. NB-IoT is aimed at indoor and outdoor applications requiring a combination of long battery life, deep coverage penetration and low cost (Figure 6).

Traditional GSM and LTE networks can fulfil only 95-99% of outdoor coverage needs. However, cellular-based IoT has higher coverage requirements, especially if it is to be used in critical applications and hard to reach locations. Specifically, the percentage for indoor coverage must be at least 99.5% or higher. 3GPP is working to address this issue through the enhancement of power spectrum density (PSD) using narrowband technologies. The 16x retransmission mechanism and stand alone and guardband spectrum planning modes increase the coverage gains of NB-IoT by 20dB, when compared with those of GSM networks.

NB-IoT operates at much lower power and data rates than cellular, yet will come with IoT level robustness and reliability. NB-IoT is well suited for monitoring of gas and water meters via regular and small data transmissions. Other key application areas for NB-IoT include street lighting control for smart cities, building automation, people tracking and agricultural monitoring.

Figure 6. Narrowband IoT promises indoor IoT coverage for GSM and LTE networks of up to 99.5% or higher, and with an ecosystem of support across key industrial applications

Summary
The IIoT is but one of the many IoT applications that really matter, and its design and implementation requires adherence to the strictest of technical standards and security best practices, while also making the most of contextual information and meeting cost and time to market needs.