A lot of research is being done in the area of energy harvesting for wearables – capturing energy that would otherwise be lost and converting it into electricity. The processes to do this have been around since the 19th century but it’s only recently that new materials and techniques have made them suitable for powering wearable devices and advances continue to be made. Three areas to investigate are solar, human and radio energy.

Solar power uses photovoltaic cells to convert the photons in daylight into energy. It has been around for a long time but it is advancing rapidly to become more useful. Solar cells are becoming more efficient and, importantly, more transparent. This means that, for example, the display glass on a smartwatch or a fitness tracker could be a transparent solar cell. This would provide a seamless and invisible source of power which could top-up existing batteries or even replace them completely.

Of course, the main problem with solar energy is unreliable weather! Solar cells will produce energy at some level during daylight hours. Strong, direct sunlight is required for full production but once there are clouds in the sky this can fall to as low as 5-10% of that.

Human energy is starting to become a realistic prospect for powering wearables. Piezo elements turn stretching or bending movements into energy. Researchers from the University of Southampton in the UK have produced an insole for shoes that can harvest energy from the user’s footsteps. The biggest downside to this is that users’ movements are unpredictable. But this could be useful for devices such as fitness trackers that only need to work when the user is moving.

The main problem with piezo elements, as with anything that moves constantly, is that they can easily become damaged or wear out.

Energy can also be harvested from body heat using Peltier elements. A cooling technology such as fins are required to create a temperature gradient, which makes Peltier elements impractical for wearables at the moment. But lots of research is being done in this area and this may eventually be a realistic prospect for some wearables.

RFID tags work by receiving radio-frequency electromagnetic energy from a transmitter and using that energy to wake up and respond. They are robust and operate completely battery-free, which is ideal for wearables. The main problem is that something – for example a smartphone – is still needed to act as the transmitter. Research is ongoing into the potential impact of RF exposure on the human body, but right now wearable devices operate below international exposure limits.

A lot of research is taking place into harvesting energy using ‘wasted’ radio waves from wireless communications resulting in brand new power concepts like Freevolt. Recently, a team from the University of Washington created a sensor and chip that can operate – and communicate – without any kind of battery, opening up huge possibilities.

Newly discovered materials are constantly being developed that will allow major advances in wearable technology. Graphene is a form of carbon that’s just one atom thick and is incredibly strong and conductive. Using graphene, researchers are able to make sensors and chips that are as flexible as clothing.

Advances are also being made in chip design meaning devices can work more efficiently using a tiny fraction of the power needed by earlier chips. Bluetooth Low Energy is one example of a low-power technology which makes battery-free communications much more realistic.

The most obvious candidates for battery-free operation are devices that only need to measure and communicate small amounts of data occasionally.

A simple solar-powered sensor could alert the user when the sun strength is high enough to cause sunburn and prompt them to apply sunscreen. Shoes that harness energy from the user’s footsteps could use that energy to send step data to the user’s smartphone. This would lead to more accurate step tracking and also increase battery life by reducing the need for the phone to constantly access location services.

Smart clothing, already used by NASA and Cirque du Soleil to monitor fatigue levels, can monitor things like muscle usage, moisture levels and different kinds of movement. At present these require power packs but could eventually be adapted to harvest energy from the wearer’s movements or the sun.

The future for batteryless wearables

The wearables market is growing all the time. It was worth $20bn in 2015 and is forecast to rise to at least $70bn within ten years. Battery-free operation makes devices much more convenient for users. Devices that can never run out of power and don’t need charging are likely to become more and more commonplace.

As new materials, lower-powered chips and more efficient energy harvesters become available, new avenues will open up. Eventually we could see a time where everything we wear is ‘smart’. The applications that we are seeing today are just the tip of the iceberg. 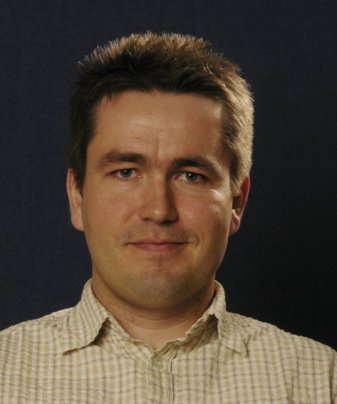 Jon Gunnar is the Technical Support Group Manager of Nordic Semiconductor. He graduated with a Masters degree in Electrical Engineering and Radio communications at NTNU in 1999, and has been working at Nordic since 2001. His responsibility is to provide Nordics customers with world class technical support through online forums and face to face meetings.